This year marks the 500th anniversary of Juan Ponce de Leon’s arrival in Florida, and in honor of that milestone I want to share some of my own favorite explorations of the Sunshine State:

Strolling slowly through historic St. Augustine streets during the annual Nights of Lights with my mom, aunt and grandmother, we happened upon the Tini Martini Bar at the Casablanca Inn. Although it was crowded, we managed to snag a table on the porch overlooking beautiful Matanzas Bay. We spent the evening sipping cocktails and sharing family memories beneath the glow of a million sparkly white lights.

After spending the night in a fully furnished cabin at Stephen Foster Folk Culture Center State Park, I woke to a clear, bright morning and went kayaking along the famed Suwannee River. The tannin-colored water was so calm and flat that it became a mirror image of the cloud-dotted sky above, and with each stroke I felt like I was about to paddle off the edge of the world.

My first tarpon fishing trip was with Captain Frank Davis in the waters off Boca Grande. Hooking a silver king was one of the most exciting experiences of my life—the 85-pound, prehistoric-looking fish weighed nearly as much as I did and fought me like a champ for 20 minutes before I was able to bring him close to the boat. Tarpon are catch and release, which is a lot of build up for little return, so I’ve since switched to catching fish I can filet and eat.

A few other quick trips down my Florida memory lane include eating fresh oysters in Apalachicola and then walking along the beach on St. George Island and catching sight of dolphins frolicking in the distance… staying at The Breakers in Palm Beach and feeling like a celebrity—but stuffing myself like a commoner at the lavish Sunday buffet brunch…..feeding Chester, “the dog-eating alligator,” as part of Gatorland’s Trainer-for-a-Day program…. and snorkeling in Key West with my best friend and nearly drowning her in fright when we saw a harmless nurse shark swim by beneath us.

What are some of your favorite Florida travel adventures?

A Florida native and frequent traveler, Erin develops strategic visions for our print and digital products, applying her 15-plus years of experience creating and managing content for consumer markets. 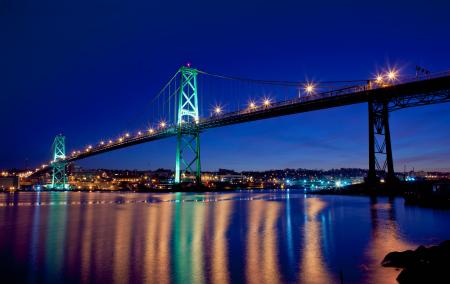