On the second Tuesday of each month, we bring you new and interesting technology-related tidbits. While many will be related to tools that can be used in destination marketing, some are just for your inner geek. With the sunny season winding down, here are a few recommendations to round out your summer reading list. These travel-focused books are a must for your Kindle (or Nook, or iBooks, or Kobo...).

Andrew Hyde’s book, This Book is About Travel, leaves little to the imagination: it really is about travel. Andrew

ditched his worldly possessions, grabbed his trusty orange backpack, and presumably a notebook/iPad or other writing tool, and hit the road for 20 months. His journal chronicles 15 countries, including the one from where he’s been banned! As of now, this Boulder, Colorado native is still traveling and still writing. Check out his bucket list and start getting inspired. Currently rated 5 stars on Amazon.

Anything by Bill Bryson. Notes from a Small Island, In a Sunburned Country, A Walk in the Woods… you name it, and it’s a good read. Humorous, satirical and insightful, he’s one of the few people who could get away with educating the British about Britain. Bryson’s books are entertaining reads, especially for a morning at the beach or an afternoon at the cabin. So entertaining, I couldn’t find any of his books rated lower than 4 stars on Amazon.

Into the Wild (note: not Jon Krakauer's) 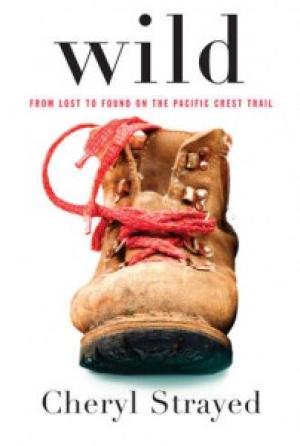 By far my favorite non-fiction book EV-ER is Wild by Cheryl Strayed. A memoir about her 1,100-mile solo hike along the Pacific Crest Trail, Wild was released in March of this year and interweaves her travels along the trail with brutally honest memories of her prior life. An avid reader of Strayed’s from the hugely popular – and disturbingly perceptive – blog, Dear Sugar on the Rumpus, I actually bought the book in hardcover (my iPad died a little inside…) to fully savor her story of clarity found amidst a grueling journey of self-discovery. Currently rated 4 stars on Amazon.

The Worst Place on Earth

At twenty-six, Maarten Troost decided it would be a good idea to leave his life behind and move to a remote South Pacific island, Tarawa in the Republic of Kiribati. Big mistake. The Sex Lives of Cannibals chronicles his (mis)adventures on the not-so-romantic island, including deadly bacteria, toxic fish and colorful local characters. If there’s one thing to be learned from his story: cherish your hot showers. Where, you ask, does Mr. Troost live now? California. Currently rated 4 and a half stars on Amazon.

Looking for a more thorough list of the best travel memoirs? Ranging from the somewhat hokey (Under the Tuscan Sun, Eat, Pray, Love) to the sublime (A Thousand Days in Venice, On the Road, Fear & Loathing in Las Vegas), Goodreads has pages of recommendations to comb through on its virtual shelves.