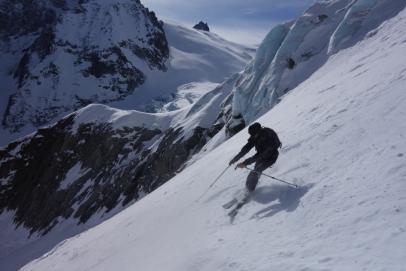 Have you ever wanted to ski or snowboard in a location that required you to get on a plane, but then you didn’t know how to get your gear where you needed it? Or wondered if it was even worth the hassle?

As someone who’s traveled far and wide chasing powder, I’ve learned a thing or two about packing my gear (and not having my own) on several ski trips. Living in Denver, my boyfriend and I have driven to ski resorts in Colorado, Idaho and Utah, but have traveled by air to ski in Michigan, Montana, Wyoming, France and Japan.

If you’re anything above a casual skier, I would recommend bringing your own gear with you on your ski adventures, even though it is some extra hassle and cost. Below are reasons why:

First step is purchasing a ski bag. Make the choice to get one with wheels as it will make moving your ski equipment around much easier. It is personal preference whether you want a soft or hard case – my soft ski bag has worked great on several occasions with no damage to gear. If you usually travel with a companion, think about getting a bag large enough to fit both sets of equipment (this will cut down on the amount of baggage you have to move around and pay for on flights). My boyfriend and I share a bag that can fit my board, boots and bindings along with his skis, bindings and poles (which only leaves us to deal with his ski boots).

Second step is becoming acquainted with airline ski baggage policies. There are three things to consider: 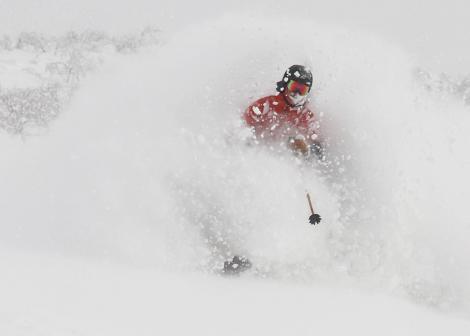 Don’t want to lug a ski bag to and from the airport? Pay for a ski gear shipping service to pick up and deliver your equipment door to door instead. After skiing in Japan, my boyfriend and I were headed to Thailand to trade the snow for warmer weather. We didn’t want to haul our ski bag around for that part of our trip, so we used a company called Ship Skis to pick up our gear in Japan and deliver it to a friend’s house in Denver.

Next is packing your bag. A lot of internet tips encourage you to pack clothing (including jacket and snow pants) in your ski bag as weight and space allows, but I’m going to warn against that. If your airline misplaces your bag, they will NOT cover any clothing items in the bag as clothing is not supposed to be in there. (However, they will cover your rental fees so if this happens to you, rent the nicest gear possible.)

While traveling to France, the airline left our ski bag in Denver. We had packed our jackets and snow pants in our ski bag, so were without those in addition to being without our ski equipment. We had to spend our own money to rent and purchase jackets and snow pants. Although I don’t recommend packing most clothing in your ski bag, I would suggest packing some items around and between your gear to help protect it – just make sure you’re using items that you wouldn’t mind replacing or having multiple of if you were to be put in a situation that required you to buy them.

A related piece of advice for if something goes wrong: check out what your credit card covers in terms of delayed or lost luggage. Our credit card insured each of us up to $300, which ended up covering the rental and purchase costs for jackets and snow pants.

Lastly, when picking out a hotel, I recommend picking one with a ski locker or ski storage area so you don’t have to store or transport your gear to and from your room.

That concludes the advice I have to offer on bringing your ski gear with you when traveling by air. I hope you choose to ski wherever your heart pulls you, and that my tips help you bring along your gear. Happy skiing! 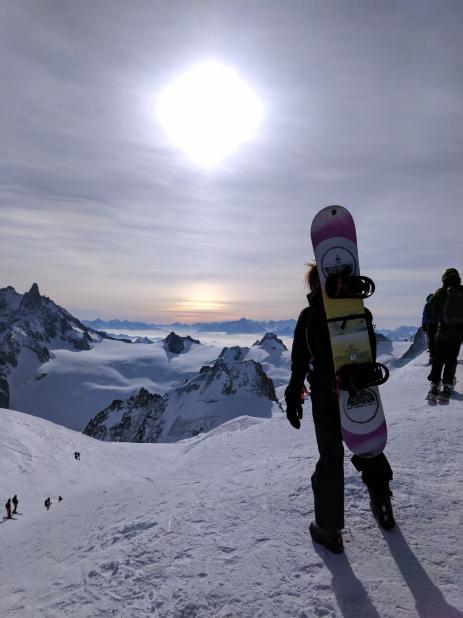 Since 2014, Taryn has made it her goal to travel internationally at least once per year—and on any trip, she particularly enjoys searching out the best baked goods she can find. When she’s not sampling cupcakes in different countries, she’s working with our clients and internal teams to ensure projects move along on time and on budget.