Skip to main content
Chinese Travel to the U.S. Expected to Triple by 2020

Chinese Travel to the U.S. Expected to Triple by 2020

We've all seen it coming: As China continues to rise as an industrialized nation, the natural correlation is more disposable income for their rising middle class. This translates to an increase in spending on travel abroad, with the number of Chinese visitors coming to the United States expected to more than triple by 2020.

According to a recent article in Time Magazine, “Tourists from China now spend more on international travel than tourists from any other country.” Spending on international tourism from 2012 was at $102 billion (as reported by the U.N. World Tourism Organization), up 40% more from the previous year. More than 80 million Chinese traveled internationally in 2011. In 2012, according to the U.S. Department of Commerce (Office of Travel and Tourism Industries), the U.S. had 1.47 million arrivals from China—an increase of 35 percent over arrivals from 2011.

For the first time, the Chinese are now outspending German tourists, who have traditionally led the pack when it came to overseas travel spending. This is astronomical growth when you compare the numbers back to the year 2000, when only 10 million Chinese traveled abroad.

Until a few years ago, Chinese tour groups were forbidden from traveling to the U.S.

According to CNN Money, “More than 17% of experienced Chinese travelers ranked the U.S. as their top vacation choice if money was no object—higher than any other destination.” Aside from an emerging middle class embracing leisure travel at an increasing rate, why the sudden increase? It turns out that, until a few years ago, Chinese tour groups were forbidden from traveling to the U.S. Things changed in 2007 when a memorandum was signed between the two countries to reverse the restriction, unleashing a tidal wave of tourism. 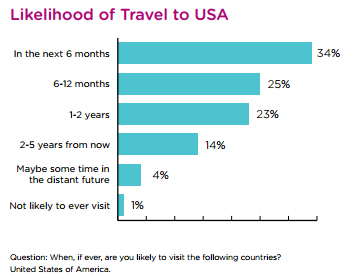 More good news for the U.S. economy is that the Chinese are extending the duration of their stays longer than those of European countries as well. Their penchant for shopping and luxury brands has surprised many in the industry. However, they still love a good bargain and there is a tendency to take shopping excursions in groups. Evidently it is all about bragging rights for Chinese tourists these days. According to research from Brand USA, average spending ranges from the Chinese traveler are up, at approximately $6,500 to more than $7,700. 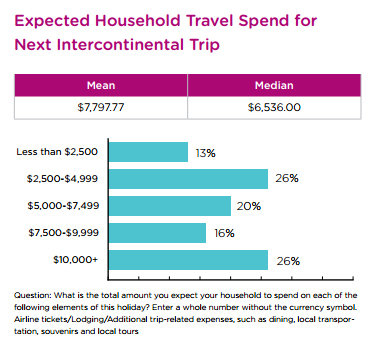 With the Chinese being some of the highest spending international travelers, it is increasingly more important to be on their radar as part of their consideration set for where they are choosing to visit. It’s not just when for them, but where. Want to know more? Check out this past blog post about California’s China Ready initiative.

Angie Zok is a Brand USA Marketing Executive at Miles for the Southeast Region. With over 20 years in the publishing/advertising industry, and over 10 years in the tourism marketing arena, Angie has a passion for travel. She also enjoys reading, gardening, a good laugh, boating and cats. She resides in St. Johns, Florida, with her husband Chris.