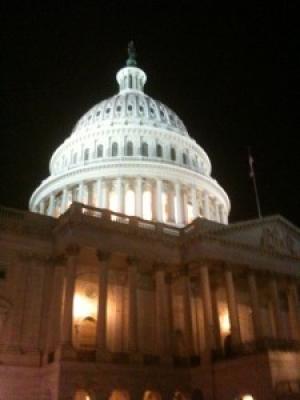 I can't think of a better way to start a congressional meeting than by passing around a container of Almond Roca. The almond-butter crunch treats are made in Tacoma, Washington, so it made sense for Washington State Senator Patty Murray's staff to put us all in a good mood with small doses of the world's finest chocolate and almond covered toffee. The first of our 12 congressional meetings was off to a good start.

There were six of us from Washington State in Washington, DC last Thursday to meet both of our U.S. senators and all ten representatives. We were just a half-dozen of 300 total travel industry members participating in Destination: Capitol Hill, an annual lobbying binge to remind elected officials how important the travel industry is to the economy. I wasn't the only Miles staffer to don a jacket and tie on this 89-degree day, either. David Burgess and Nate Huff teamed with other Sunshine State tourism compatriots to see the Florida delegation, while my six-pack of Washingtonians visited all of the Evergreen State offices. 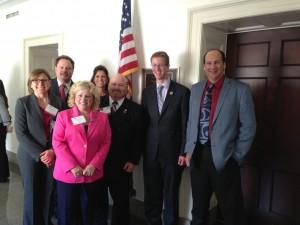 Because tourism is viewed as a fun business, it's not taken as seriously as other industries. This despite its incredible impact: Worldwide tourism numbers now exceed a billion travelers that will spend a trillion dollars this year – that's 1,000,000,000 travelers and $1,000,000,000,000. We would only use a few stats, though, as the most effective lobbying is always personal experiences and stories. One cliché that still holds true on The Hill is what former Speaker of the House Tip O'Neill acknowledged, “All politics is local.” 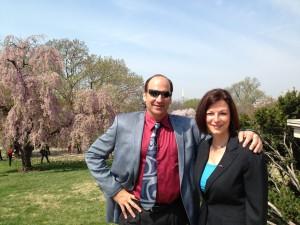 Half of our meetings were with the actual members of Congress, the other half with key staffers. Either way, our three-pronged “asks” were pretty straightforward. First, international tourism is booming and with Brand USA we can regain the market share we have lost since 9/11. We asked them to reauthorize the Travel Promotion Act. Second, we asked them to support the JOLT Act. (That's legislation currently in the House that will expand the Visa Waiver Program, ease travel restrictions and allow us to welcome more high-spending visitors from friendly nations.) Third, we asked them to support infrastructure projects that allow the U.S. to keep up with the massive investments other countries are making in their transportation systems. Because of the heat, we often included a fourth ask. There's a tram that connects the House and Senate office buildings, but only a member of Congress or a staffer can get you on it. To make that 1/2-mile trip in an air-conditioned tram and a series of tunnels versus going back out to the sweltering sidewalks and through security again: that was always worth asking. Although we can only wait and see how each member votes on our issues, we were never denied that ride . . . so we definitely had some effect. 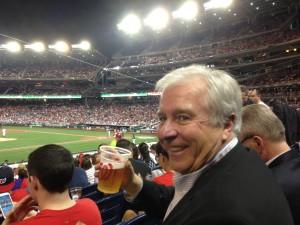 Bill Malone, Park City Chamber, at the Nationals-White Sox game after a day on the Hill
Share This: