Destination Marketing Organizations (DMOs) date back to the 19th century with the establishment of the Detroit Convention and Businessmen’s League in 1896 – an organization that later evolved into the Detroit Metro CVB.

The United States has been the pioneer and innovator in destination marketing, including creative private – public funding models and partnerships.  Early destination marketers were often larger than life personalities who used a savvy combination of evocative storytelling, boosterism and specific events to put their city, territory or state on the map.

The Klondike Gold Rush at the end of the 19th century illustrates this combination. Though just one of many West Coast cites competing for the opportunity, Seattle’s Chamber of Commerce seized the initiative through a private – public partnership. Funding an advertising blitz in Eastern US cites, paid for by private and public sources. Seattle successfully positioned the city as the “Gateway to the Klondike” – spurring an explosive period of growth as men seeking their fortune flocked to the city, spending up large on supplies before boarding a ship to the Gold Fields. Indeed, many men never made it to the Klondike or settled in Seattle on their return. The Klondike Gold Rush was the launching pad for Seattle becoming a leading US city – and to this day - the “Gateway to Alaska”.

The Panama California Exposition held in San Diego in 1915 (organized by a predecessor of today’s San Diego CVB) also highlights early public private partnership focused on a major event. In a world where travel was more difficult, and communication channels slow and inefficient, expositions and world fairs were a critical way to market and promote remote destinations - their visitor attractions, goods and services and economic opportunities.  With origins in the French tradition of National Exhibitions, the first major “World Fair” was the “Great Exhibition” held in the iconic Crystal Palace in London, England in 1851. 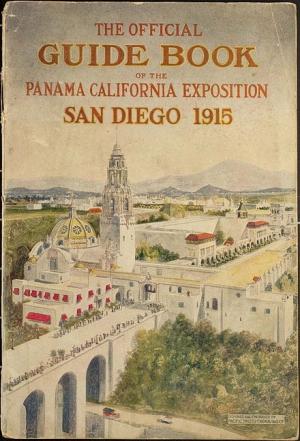 Similar events quickly grew across Europe and North America. This includes the “Exposition Universelle” in Paris in 1889 (which built the Eiffel Tower), the 1939 New York World Fair and the 1962 Seattle World Fair (which developed the Space Needle).

Such event marketing was typically paid for by a combination of public monies and private business subscriptions and contributions by businesses in the exhibiting cities, states, regions or countries.

For San Diego, the Panama Exposition seized the economic opportunities created by the opening of the Panama Canal, connecting the West Coast of the Americas far more easily to cities in the east and to Europe. It also left a rich legacy for locals and visitors - the exposition buildings and land were redeveloped over time into the now iconic Balboa Park, its associated museums and the establishment of the world-famous San Diego Zoo.

If you’re interested in more on Industry Participation and Co-Op Programs, check out our presentation deck from ESTO Learning Labs and new white paper, "Cooperative Marketing for Destinations".

For additional content on Industry Participation and Coop Programs, check out the other blogs in the series:

Blog 3: The Unrivalled Quality of a DMO's Audience

“Study of Lodging Charges and the Allocation of Revenues from Taxes and Assessments on Lodging”, US Travel Association, 2018