I'm with the Crew 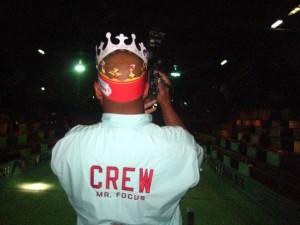 I can remember getting the call on my cell phone at the age of 23: “I’m sorry…you want me to tour the state of Florida…on a giant RV…capturing the best of Florida tourism…there will be Behind the Scenes videos…and you’ll PAY me to do this?”

I hung up the phone and immediately Googled “Miles Media” to see if the company even existed (it did) and then, I got really, REALLY excited. There were five of us on the road full time. Long Shot (videographer), The Skipper (our RV driver/production assistant), Mr. Focus (videographer), Sunshine (producer) and me, Sparkles (producer).

Clad in our brightly colored fishing shirts emblazoned with our crew nicknames on the back, we were part of a really special experiment in Florida tourism, back in the day when YouTube was an emerging phenomenon. For two years straight, we toured the State and shot well over 200 videos for VISITFLORIDA.com, a program that was ahead of its time and set the wheel in motion for future video content programs to be modeled after. 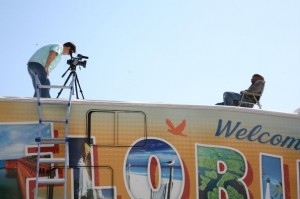 But… being a member of a traveling video crew isn’t like a normal job at all. What’s the biggest difference? At the end of a normal work day, you go home. We’d go back to our hotels, where we in essence lived together after hours. At that point, the thin veil of “colleague” diminishes very quickly into “friend” and very soon after that, into “family.”

These people were my road family and, to this day, we’re still very close. We laughed, argued, had a number of incredible experiences together and hundreds of inside jokes. We helped each other through breakups, deaths and other very real situations that you encounter in normal life. For us, normal life had to coexist with the fact that we were away every month for two weeks or more. Eventually, our program grew to include more destinations (Louisiana, New Jersey, Texas, Colorado) and provided the foundation for Brand USA’s incredibly successful In-Language Content Program that I currently manage video production for. Despite the challenges, road life is a heck of a lot of fun and where most of my best stories come from. I’ve gone snorkeling with manatees and stingrays. 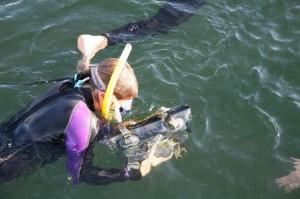 I’ve been invited to a crawfish boil randomly by a Cajun who took a shining to our team. 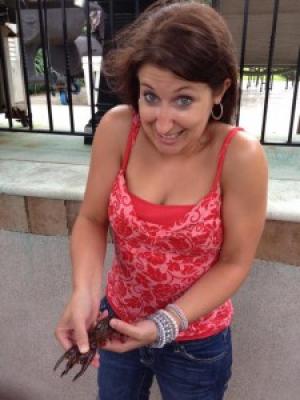 I’ve mic’d up Arnold Palmer, and gotten a high five for it. 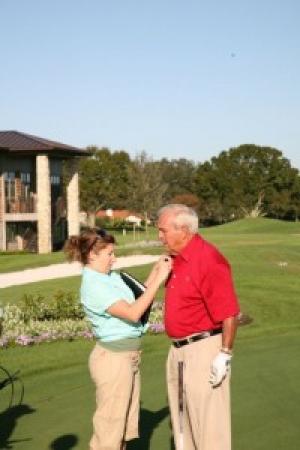 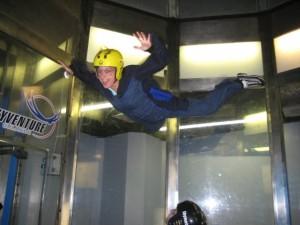 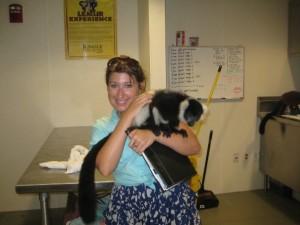 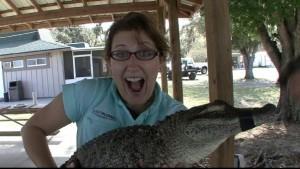 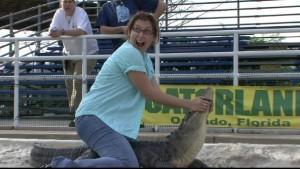 From time to time, I do get to jump back on the road and no, it never gets old. Don’t get me wrong – it’s not as glamorous as it might seem. The hours are long, easily 12+ hours daily. The weather is unpredictable, but that’s just the start of what could go wrong... Like running out of gas on the Lake Ponchatrain Bridge in a downpour. The GPS can’t find a signal. The wildlife that you’re trying to capture becomes camera shy and never shows up. Mosquitoes.

With the kind of video production that we do – specializing in modest-budget, high-quality video work with a small crew, we’re constantly being thrown into new situations. It’s not for everyone. The people who succeed best are the ones who thrive on novelty, adjust easily to new situations, work well in a team, are excellent at improvising and have a general sense of adventure. These elements are key – whether as a producer, videographer or even as talent.

Our style of production demands that everyone lend a hand. The producer will direct but might also run sound. The videographer will shoot but might also drive. The talent will be on-camera but might take turns holding the reflector for the videographer. We all have roles to play but we help each other out towards the common goal: producing excellent content, and trying to have a good time while doing it.

Over the summer, I was treated to the most epic road adventure of my career to date: 21 videos, seven languages, six on-camera native language talents, two videographers and two producers… in Guam.

To shoot in the States is one thing, to plan a shoot in a US territory located closer to Japan than the continental United States, with a 14-hour time difference, is something else entirely, and I couldn't wait! I left at 8am Saturday, Florida time. Thirty-ish hours of air travel later, I arrive in Guam at 3am Monday morning Guam time. 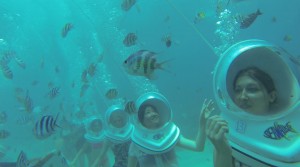 The producer currently on-site, Brianne, notifies me after I land that they’re planning on doing the Seawalker tour in the morning at 7am. To say I was jet lagged at that point was a complete understatement, but hey, when am I ever going to be in Guam again and get to do something as amazing as this? I rallied, stayed up until our call time at 7am, did the Seawalker tour with the crew and then promptly passed out for the rest of the day to acclimate to Guam time.

Opportunities like these are what I would call one of the “perks” of being with the crew. But the “perks” or “moments” that I’m always most surprised by and stick with me the longest are the interactions with our clients. There’s something about a shoot like ours, where we’re all working together, all helping to make it happen, that brings down walls. We’re excited about the destination we’re shooting and, in return, our clients are excited to show us everything that makes their destination special.

Emilie DeLong is a Portland, Maine, native with a father from Georgia and mother from Quebec City. With families living in completely different countries, travel has always been a huge part of her life. She started her career at Miles as a member of the Open Florida traveling video crew, and now manages print and video production for Miles. When she’s not reviewing b-roll or calculating tonnage requirements, she enjoys distance running (Ragnar, anyone?), photography, cooking and, of course, travel!