Immersive Travel Content and Experiences Make All the Difference

Strong content has become such an integral part of a successful travel marketing strategy that it’s no longer the simple “buzzword” it once was.

Long past being just an up-and-coming trend, compelling stories and videos that highlight immersive experiences are now critical, expected, even demanded by consumers researching and planning their next vacation.

If you don’t grab their attention in a powerful way, they’ll quickly move on to other destinations sharing captivating stories about the memory-making experiences they offer.

But what does “immersive” storytelling really mean? What defines a truly “immersive” travel experience?

Simply put, Webster’s defines it as fully involving yourself in an activity. To become a part of an experience with all the senses. Mind, body and soul.

I experienced this first-hand on a recent trip to Greece. And it not only changed the way I viewed this country and its people, but also the way I’ll travel from now on.

During a cruise of several Greek islands, we floated into port one morning in Crete, where groups of travelers quickly gathered to venture off on the day’s excursions. One group toured a historic palace, another went on a shopping expedition and a third took a bus on small, winding roads to a small family vineyard some 45 minutes inland.

I was torn among all options, but ultimately opted for the vineyard tour. Because, well, there’d be wine and food there. But this, I later learned, would not be your typical sit-at-a-table wine tasting.

I soon found myself transformed during an immersive tour (there’s that word again) where the vineyard’s owner transported me back decades as he passionately shared stories of his ancestors and how they came to this land. How his grandfather and father built the vineyard that surrounded us. How, with tears in his eyes, he initially rejected his father’s offer to “learn the business” because he wanted to run off to the big city and make his own way. 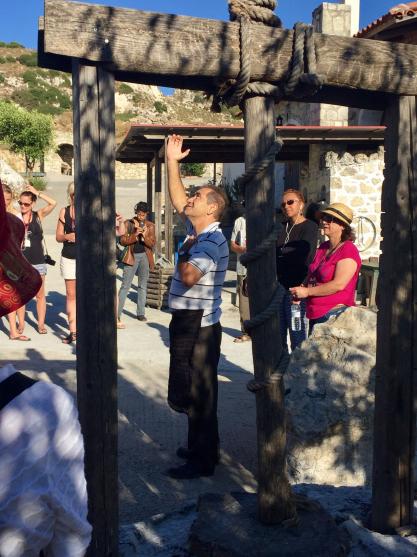 He caressed the vines as he spoke, raised bunches of grapes high into the air, crushing them with his own hands and letting the juice trickle through his fingers. As he shared his family’s story and how it influences the wine they make today, those of us hanging on every word he said all laughed and cried and took quiet, reflective moments right along with him. 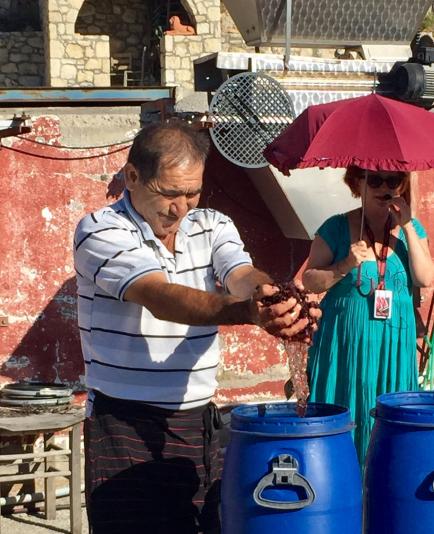 Although his father is gone now, the man said, there’s no doubt his spirit still goes into every bottle they make.

As we were all wiping our eyes, this man – arms wide open – then welcomed us into his vineyard home, where we enjoyed a simple spread of food and some VERY good wine, while his sons and daughters entertained us with traditional Greek music and dance. 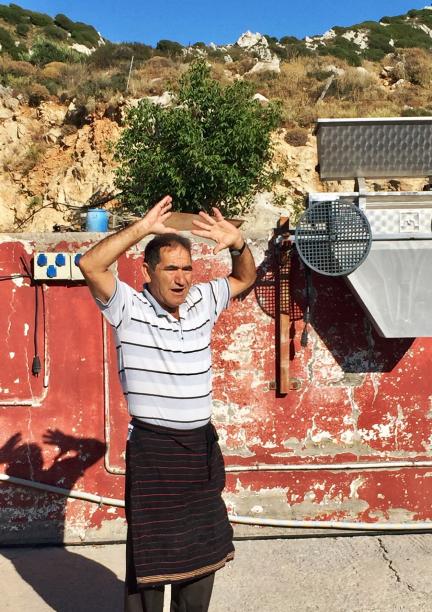 I did get the wine and snacks I was after. But looking back, I sailed from the island that day with so much more. Incredible insight into this faraway land and a greater appreciation of the passionate people who invited us to share it with them.

Those gifts will stay with me always.

I didn’t just see a new place, take a cursory stroll through a vineyard, have a passing conversation with a local. I learned what it was like to live in that place, take pride in its many gifts.

In a word, I was immersed. And that experience helped me develop a stronger bond to this destination than almost any other I’ve visited.

As Account Director, Steven manages all aspects of internal production and client communications to ensure a successful on-time, on-budget delivery for all of his team’s projects. As Senior Content Director, he is also responsible for leading concept creation, execution and production of content in print guides, websites and email programs.