On the second Tuesday of each month, we bring you new and interesting technology-related tidbits. While many will be related to tools that can be used in destination marketing, some are just for your inner geek.   This month’s post features some Apple love, a mysterious maybe-travel-related new web application, a documentary project on the power of social media and last-minute thoughts for Father's Day (it's Sunday!).

They Say I’m a Wanderer

I’ll be honest. I’m not really sure what Wander is. I followed a link a couple of months ago (hat-tip Brooke) and 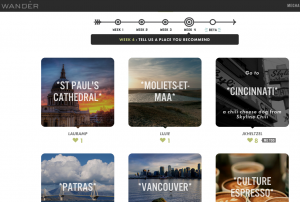 signed up blindly for a beta on something that sounded vaguely travel-related. What I’ve found since then is a really cool way to crowd-source travel ideas. Leading up to their official beta launch (any day now), they’ve held Wander Weeks. Each week a new “fill-in-the-blanks” form asks for your travel recommendations and photos, such as  “That time in [place] when [we did X].” The end result is a kick-ass way to explore others’ travel experiences via a pleasurable visual display. Here’s hoping the final product lives up to its unique beginnings. [Post script: apparently I’m not the only confused one.] Update: Wander has launched. It's visually quite stunning and looks like a very unique way to share travel tips. Budget Travel has a review.

What Would Steve Jobs Do?

This week marks one of the most important events in all of Nerd-dom: Apple’s Worldwide Developer Conference runs through Friday in San Francisco. Day One has already brought us announcements of new hardware (cheaper MacBook Air! Retina-display MacBook Pro!) and new software (Mountain Lion! iOS6! New maps!). Curious who the back-up kicker is for your NFL team? Siri knows. Want to reserve a table at your favorite restaurant? Siri can do it. The most important takeaway? Apple continues to blur the lines between devices and platforms. For attendees, the remainder of the week is spent hearing innovative speakers discuss the technology industry, in workshops covering the latest on iOS and OS X development, and ingesting heaps of Mountain Dew and Funyuns. For more info on the updates with a travel slant, check out this Tnooz post.

Fellow Twitterati will know what that hashtag means. It’s ubiquitous at the end of the workweek – 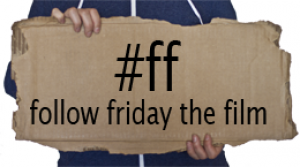 recommendations on whom you should follow on Twitter from folks you already follow. Now, a documentary filmmaker is ready to travel 8,000 miles across the US to meet 140 followers to understand why users trust the recommendations and reviews of people they’ve never met (who wouldn’t listen to what Neil Patrick Harris recommends? Love him!). Intermingled with these meetings, filmmaker Erin will also interview social media experts on the power of online reviews and worldwide communication. With 3 days to go, Erin is 110% funded of her Kickstarter goal. She starts her trek on June 27th; you can follow along @erinscafe. (I'm @malden ::cough::shameless self-promotion::cough::)

Psst… there are only 5 days left to get something for the special man in your life. Still looking for ideas? Instead of a tie, cigars and that special Scotch he prefers, how about an experiential gift? There are several companies out there specializing in lifestyle “experiences”. Things like hot air balloon rides, race car driving lessons and foodie tours in your favorite destinations. Golf fanatic? Get him a lesson with a PGA pro (don’t get any ideas, sweetie…). Adrenaline junkie? He can become a fighter pilot for a day. Wannabe paparazzi? For the low, low starting price of $100,000 he can spend a day with his favorite Hollywood actor (serious inquiries only, please).

There’s a new entry into the world of “dark tourism” – travel to sites associated with death and tragedy. Enter, zombie tourism! A bus tour down in Miami has added a new attraction to its “Mystery and Mayhem” tour: the causeway off-ramp where the now-infamous face-chewing incident occurred in late May. Not ready for something quite so real? Venture instead to Zombicon 2012, held in downtown Fort Myers, Florida from October 20th to the 21st. With more than 20,000 attendees expected this year, the conference will include makeup demonstrations, costume contents and workshops, and, of course, will feature a zombie walk through the streets of downtown. BRRRRAINS!!!!!