On the second Tuesday of each month, we bring you new and interesting technology-related tidbits. While many will be related to tools that can be used in destination marketing, some are just for your inner geek. October is entertainment month at Destination: Geek! Otherwise known as "everything-I-wrote-about-had-to-do-with-entertainment" month. Check out the nuggets below to discover Japan from a feline's point of view, how to travel like Bond... James Bond or fly the friendly skies with a bunch of Elves, and decide for yourself whether Disney has a high-tech gadget headed your mouse-lovin' way.

Disney Geeks of the World Unite!

There have long been rumors that Disney would upgrade its existing FastPass technology. Now, a recent listing on

the FCC website may have given the best look yet at what’s to come: a disposable, battery-powered RFID bracelet specific to each park visitor. Encompassing more than just FASTPASS entry, the bracelet may also manage park entry, give insider info, shop and food purchases throughout the theme parks and more. Tentatively known as the “Magic Band”, the FCC listing doesn’t give much more than specs for the bracelet, but it certainly would be a step up from the current paper ticketing process. Bets on how long before someone hacks the bands?

Hoping to capitalize on the popularity of the franchise, Visit Britain has unveiled a marketing campaign centered around the release of the latest James Bond film, Skyfall.  The 23rd film in the series, Skyfall features popular London locales, such as Greenwich, Whitehall and the National Gallery. In addition to television and print advertisements, the tourism agency has launched a social media-promoted contest– Agent-UK – where users complete 4 missions over 4 weeks to discover the “secret Britain” and win a luxury trip to Britain, complete with an Aston Martin rental (tricked out by Q, perhaps?).

One Airline to Rule Them All

Also looking to capitalize on a popular (or soon-to-be-popular) movie franchise is Air New Zealand. Starting in November, passengers to and from the UK and North America may be lucky enough to fly on airplanes marketing 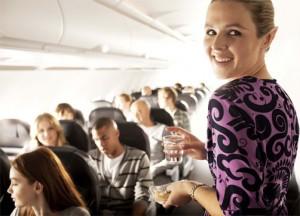 two upcoming movies: The Hobbit: An Unexpected Journey and The Hobbit: There and Back Again. Dubbing itself the official airline of Middle Earth, Air New Zealand will feature two film-branded airplanes and a special inflight safety video featuring hobbits, wizards and elves. In addition, over the next two years, the airline will incorporate various social media efforts, contests and fan competitions. Passengers may event be lucky enough to have their gin and tonics served by an Elf. (Extra tidbit: New Zealand’s capital, Wellington, will rename itself “The Middle of Middle-Earth” for three weeks prior to and after the first Hobbit movie’s release.)

Why not fully immerse yourself in Japanese pop culture by using the tourism agency’s Hello Kitty app? Yes, an entire app featuring your favorite hair-bowed cat helping you navigate Japan’s 47 prefectures. Snap a photo with the app – which only works in Japan – and the location’s Kitty representative will tell the user more about the place of interest. It’ll even point you to the nearest shop to buy some Sanrio goodies. Given Hello Kitty’s broad (and sometimes disturbing) appeal, it’s easy to envision that this fun app could get a lot of traction from visitors to Japan. 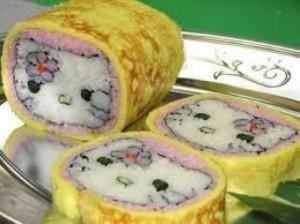 To be filed under the creepy and cool category: you can now combine two of your favorites – Hello Kitty and sushi. Makes sense, no? You can actually eat Kitty’s head with a bit of soy sauce and wasabi. Video goodness – and horrible music - can be found on YouTube. Hat-tip to project manager, Becky Loring, for the find. [Photos courtesy of Disney/FCC and Air New Zealand.]