Forty years ago, April 3, 1973, Motorola VP Martin Cooper stepped onto the sidewalks of New York and called his rival at AT&T Bell Labs to inform him he was talking to him from a “real” cellular phone. The rest, as they say, is history.

A lot has changed in that time. And as a fellow 40-year-old, I can relate to how the cell phone has matured. Both of us are smarter these days (some may debate that in my case). The cell phone is significantly lighter; I, on the other hand, am not. But there’s no arguing that 40 years later, mobility has impacted more than just how we make a call. Communications, content consumption, shopping, travel planning and more have been and continue to be impacted.

From Gordon Gekko in the movie Wall Street to Zach Morris on Saved by the Bell, those early cell phones, a.k.a brick phones, were soon popping up in the 80’s. And if you think today’s phones are expensive, compare that to the the first DynaTAC phone costing $3,900 when it hit the market for the masses. 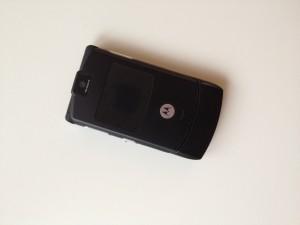 Of all the phones I've ever owned, my Razr is still my favorite. Which one is your favorite?