It is one of the USA’s most successful tourism marketing campaigns ever — winning awards, shattering visitation expectations and even making Michiganders who had moved away crave a return to their homeland. With clever copywriting, dreamy videography and Tim Allen’s soft, compelling voice, Pure Michigan’s television commercials are the epitome of marketing done right.

There are, however, some deep, dark secrets that haven’t come out yet.

The nationally run television commercials feature Michigan’s greatest natural assets: Pictured Rocks and Sleeping Bear Dunes national lakeshores; the urban revival in America’s Comeback City of Detroit; the magic of Mackinac Island; the bounty of history, culture and outdoor recreation across most of the mitten state’s 83 counties. But Michigan is full of the unexpected, too, and on my most recent trip I stumbled upon a very dark, and then a very deep, secret about Pure Michigan.

Let’s start with the dark. Along Lake Michigan where the state’s upper and lower peninsulas meet in Mackinaw City, Headlands International Dark Sky Park drew my attention mostly because of its name: what the heck is an International Dark Sky Park? Is it a few acres of forest beyond the ambient light of the city . . . maybe a couple of trails through the trees with benches and interpretive signs? Turns it was all of that and much more.

I’d best describe the Headlands as an escape; a place where you go to be awed, to put your imagination to work. Sure, it’s a park with trails, viewing areas and signs, but it’s also a great place to go and forget about the little things in daily life and look at the bigger things above and around us. The 600-acre grounds are open every minute of every day and often host gatherings and guest speakers for special events like the summer and winter solstices, meteor showers, lunar and solar eclipses, even the Northern Lights.

The crown jewel of the park is an 18-foot Ash-Dome and a 20” PlaneWave telescope inside the beautiful just-built Waterfront Event Center. I was lucky enough to run into the Park’s director, Mary Stewart Adams, whose knowledge of the night skies is only exceeded by her passion for celestial phenomena. Her personal mantra says a lot about her and the goal of the Headlands: “My mission is not to protect the night sky, but to protect the human imagination.” 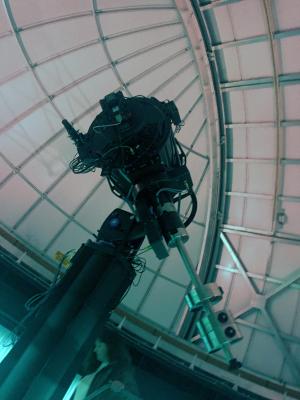 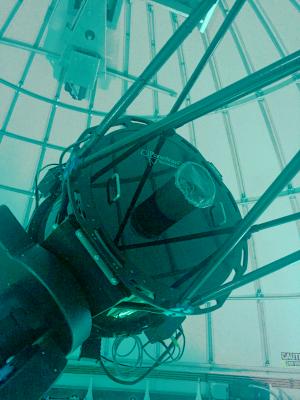 In a world where time always seems to go by too fast, the Headlands is a needed space where senses are dulled so the mind can be opened. I don’t expect it to remain a dark secret much longer . . . it is exactly what Pure Michigan tries to be: an escape from the everyday to the extraordinary.

I might say the same about that deep secret. Who knew one of America’s 13 national marine sanctuaries — with more than 100 shipwrecks in it — was to be found in Michigan? I certainly didn’t, until my serendipitous road trip from the Headlands followed the shore of Lake Huron southeast to the Thunder Bay National Marine Sanctuary in Alpena.

One of the best things about the Sanctuary is you can decide exactly how deep you want to go or how wet you want to get. If you’re looking to hear the stories and see the videos and photos from land, the Great Lakes Maritime Heritage Center has you covered. If you want to get close to a few shipwrecks but have someone else take you there, there’s a fabulous glass-bottom boat tour that offers colorful stories and stunning close-up views. And if you’re up for the ultimate experience, charter operators have the gear and knowledge to send you down to Shipwreck Alley, where between 20 and 120 feet below the surface two centuries of lost vessels lie, from wooden schooners to modern freighters. 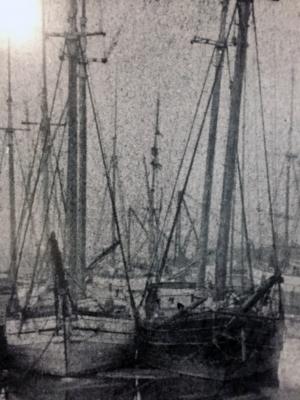 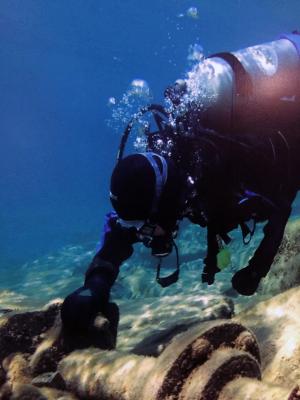 Like the Headlands, the whole Alpena area — what they call Michigan’s sunrise coast — is indeed off the radar now, but probably not for long. There’s just too much to offer for these deep and dark places to remain secrets much longer.