Skip to main content
Reason to Travel #1: It Slows Down Time

Reason to Travel #1: It Slows Down Time 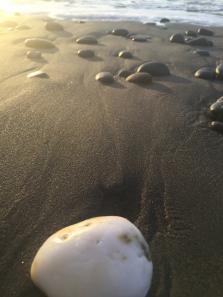 I have no doubt you’ve said or heard these words at least twice this year: “Where has the time gone?” In a day when we can post a picture and receive reactions from friends in five countries within five minutes and instantaneous everything is the norm, it's natural for the pace of life — for life itself — to feel like it’s spinning faster than ever. There are, I imagine, many ways to slow down time, but I can think of no better way than by traveling.

I met a young man, Jedidiah Jenkins, in Utah last month. His parents had walked across America in the 70’s and written a book about it. At age 30, he felt like it was time to make a shake-it-up-move-on-life, and so he began biking from Oregon to Patagonia, a 15-month, 13,990-mile odyssey. As Jenkins put it, “When you are a kid, everything is new: you don’t know what’s under each rock, or up the creek. So you look. You notice because you need to. The world is new. Your brain is paying more attention to every second.” 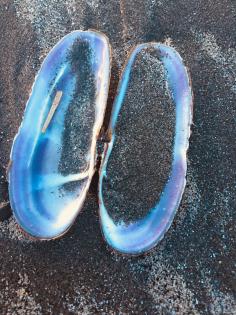 Think about that: your brain is paying more attention to every second. The smells are new, the sights are new, the sounds are new . . . your mind is overwhelmed and every moment seemingly lasts longer because you are absorbing so much. Since I heard him say those words, I’ve paid more attention to the details in every day, from grinding my own beans and fully absorbing the scent of the morning’s first coffee, to cutting out the music while doing otherwise rote honey-do’s and making ordinary chores become little discoveries. But to truly test the theory of slowing down time, we needed to hit the road.

The season had begun for razor clams on the Washington State coast, so my wife and I headed west to hunt for them, bringing our eyes-and-ears-wide-open-to-everything attitude. Here, at high tide, it is an epic battle of beauty where the deep-blue Pacific surf and the neon-green rainforest collide. But on this cool autumn evening, with a hangnail orange moon setting and distant waves crashing, more than a quarter-mile of beach separated ocean and forest, and humans had a rare chance to gather shiny six-inch bivalves before the gulls, cormorants and eagles. 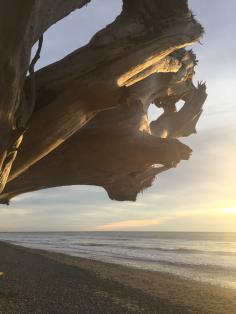 The scene is a bit post-apocalyptic with a thousand or so five- to six-foot figures scattered over several miles of hard-packed beach, all with either LED headlamps or lanterns, walking around head down, carrying clam guns or shovels, searching for the razor clams’ telltale indentation in the sand. We took in the scene, capturing the cacophony of the surf and the human commotion. We relished the chase, furiously digging for the clams while they dove deeper through the sand. We felt the burn in our muscles, the chill of the ocean breeze. And in the end, we got our limit and thoroughly enjoyed the evening.

But did time slow . . . or at least appear to slow down? Maybe. But it was the tides that still dictated when we could get on and off the beach, and midnight still arrived when it was supposed to. And like Jedidiah said at the end of his long journey, “I had wanted slowness, but I had gotten life.”

If that’s what travel does, I’ll take life anytime.