Skip to main content
Reason to Travel #3: To Find Yourself

Reason to Travel #3: To Find Yourself

I hear more and more people doing what I’m going to call “genetic tourism:” seeking their heritage by going back to where they think they’re from, or where DNA says their parents, grandparents or distant relatives came from, and learning about themselves by tracing their family stories or genes.

Two years ago, Ancestry.com partnered with Go Ahead Tours and began offering genealogy-themed trips across Europe. Ancestry.com also worked with Cunard and the Queen Mary 2 to put together a westbound transatlantic cruise where passengers would retrace the steps their ancestors took from England to America, with genealogists offering workshops and telling stories each day. In 2020, another QM 2 cruise will coincide with the 400th anniversary of the Mayflower voyage, where many Americans can now trace their own beginnings.

The depth of each journey is dictated by the individual; some genetic travelers just want to see the country they most identify with, while others aren’t satisfied until they find the old family farm, local records and gravestones going back a dozen generations. 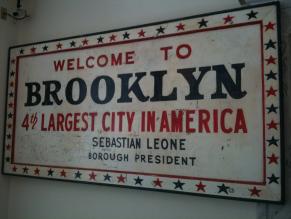 My first genetic tourism journey didn’t leave the U.S. and only went back one generation: I really wanted to find out who brought me into this world and what a place called Angel Guardian was like before I was adopted.

I hesitated taking any steps on this path for 50 years out of respect for the amazing parents that raised me, to avoid interrupting the life of another family, and out of a dark fear that that my genetic parents might be Yankee fans. But curiosity and a desire to learn health information led me across the Brooklyn Bridge early one summer morning in mid-July 2012.

I aimed for 273 Willoughby Avenue in Clinton Hill, and soon enough found myself face-to-face with an imposing four-story brick structure surrounded by a sturdy, but wide-open, wrought-iron gate. I entered the building and immediately ran into Sister Virginia, who listened to my short story, smiled, and said: we meet one or two like you each year.

Sister Virginia gave me an address where my records would likely be located. Although just three miles away, I wondered and wandered for hours every which way around Brooklyn, enjoying the multi-ethnic neighborhoods and imagining the many ways my life could have gone. 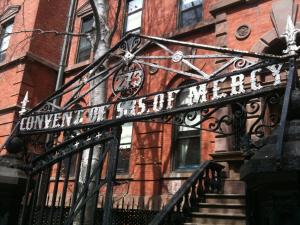 Angel Guardian was part of the Sisters of Mercy convent but had become Mercy First. They said they could get my records in a few weeks. Having spent a part of my career in fundraising, I couldn’t resist asking: Is there a way to expedite that?

The next day I returned with my wife Jolica, a check and my heart in my throat. They handed me a manila envelope.

Growing up, my mom told me about a conversation she had with a nun when they called to say they had found her and dad a son.

“He is of Italian and Spanish heritage,” the nun told my mom.

Back then, Westside Story was the rage, it was Sharks vs. Jets, Puerto Ricans against Italians . . . they didn’t always get along.

I looked at my wife Jolica, dumbfounded, and half-laughed saying, “NUNS LIE!”

Then we planned a trip to Puerto Rico.