I always wanted to take a road trip based purely on chance, so for 48 hours I let a deck of cards and a pair of dice dictate my route.

My rules were simple: draw a card, then roll the dice. Spades meant head north, clubs south, hearts west, diamonds east. The dice would determine the number of miles until the next draw. So a jack of hearts followed by a toss with a five and a two meant go west either 25 or 52 miles – my choice. I added four jokers to the deck to serve as wild cards good to go any direction I wanted. 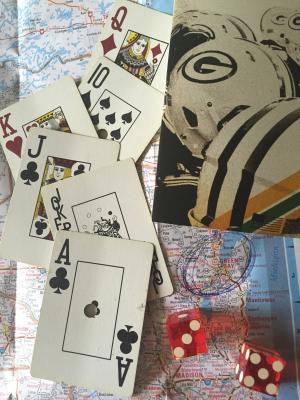 My starting point was a recent Saturday morning Green Bay, Wisconsin, and my only restriction was that I had to be in Minneapolis, Minnesota, the following Monday afternoon. The rest I left to chance.

I brought a pillow in case I ended up without a hotel room, and a passport if the route led into Canada. I hoped to travel to the blank spots on the map and discover things the travel guides didn’t mention and the maps didn’t note, but ultimately chance would lead the way. I would stop at garage sales, lemonade stands and historic markers . . . and if someone I met mentioned a point-of-interest off the route, well, that’s where I could bend the rules.

An early start meant I didn’t get to visit the Hamburger Museum in Seymour, but the first cup of coffee poured in Shawano that Saturday morning went into my cup, and I did beat the crowd to the CD bin at a street sale in Antigo where I nabbed Counting Crows, Green Day, Weezer and Lenny Kravitz discs all for a total of just two American dollars.

Following the music and caffeine binges I drew back-to-back spades and Michigan’s Upper Peninsula appeared to be the day’s destiny, but a heart and then a club kept me firmly inside America’s Dairyland. True to its nickname, Wisconsin’s roads paralleled beautiful barns, countless cows and even a few cheese sampling outlets. Yes, I stopped at every one of them! 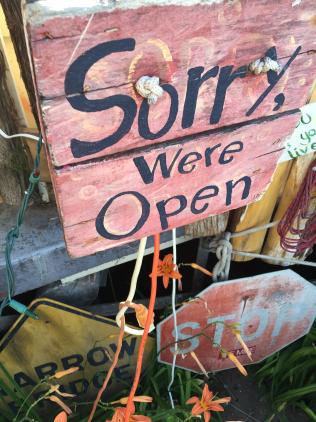 As a former freelance travel writer and during a nine-year contest to visit every county in the USA, I’ve driven more than a 400,000 miles on America’s backroads. Often, I’d divert to places with great names: Dime Box, Texas; Sweet Home, Oregon; Toad Suck Ferry, Arkansas. But my wheels never rolled through the village of Butternut, Wisconsin, until a spade and a 32 got me there on a day the village was celebrating Pioneer Days. Soon enough, I was renting space on old wooden bleachers to watch 4 x 4 trucks drag race through quarter-mile ditches of thick, sloppy mud. I gotta say, there’s nothing quite like the smell of carbon monoxide, sloppy compost and cotton candy blending in the afternoon sun.

As dusk arrived I found myself in Bayfield, Wisconsin, a town nestled on a bluff overlooking Lake Superior and a dozen or so heavily wooded islands. I contemplated one more shake, shuffle and roll . . . or calling friends who had no idea I was near. It seemed like I had to make a rule and pull a card from the deck to decide my fate. This led to a phone call and triggered a series of lucky breaks. There was a last-minute cancellation and a room available on Madeline Island, uncanny on a summer weekend. I took the next ferry from Bayfield. 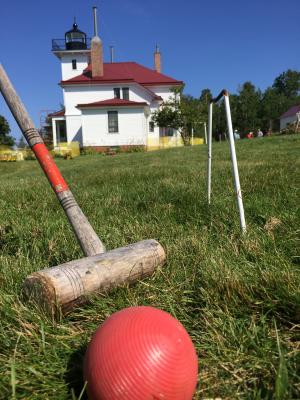 In small island resort towns everyone knows everyone, which meant after a few beers with my friends I was connected with everyone, too. I wouldn’t be rolling the dice at sunrise again . . . the hospitable islanders arranged an amazing next day that would begin with sweet treats at the Madeline Island Bakery and then rolled into a boating, kayaking and cliff-diving extravaganza with Adventure Vacations into the Apostle Islands National Seashore. It was like Maui married Utah, where turquoise waters and burnt-orange caves mixed it up on an 83-degree day. 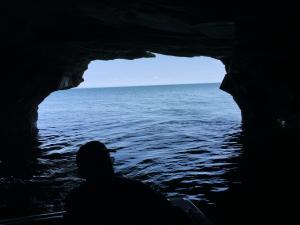 While waiting for a ferry to leave the island, two tickets for a show under the Big Top Chautauqua back in Bayfield were tossed my way, but the road was calling. I didn’t know where I was going, but it felt time to drive somewhere. I decided a toss of the dice would decide if I was hitting the road before or after a Shawn Colvin and Steve Earle concert. A pair of twos meant music before the highway, and it was another worthy diversion. 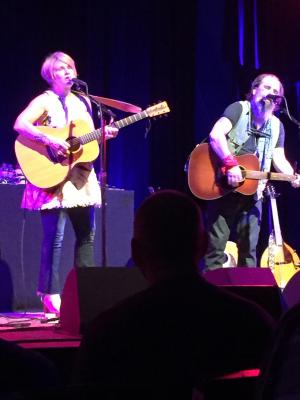 One shake, shuffle and roll brought me to a town with a cheap room and I grabbed a few hours rest before another sunset start. Monday meant Minneapolis by mid-day so my game was running low on time and, as it came to an end, I thought: I am absolutely doing this again, but the first rule I will change is the next time this goes for three full days, minimum! 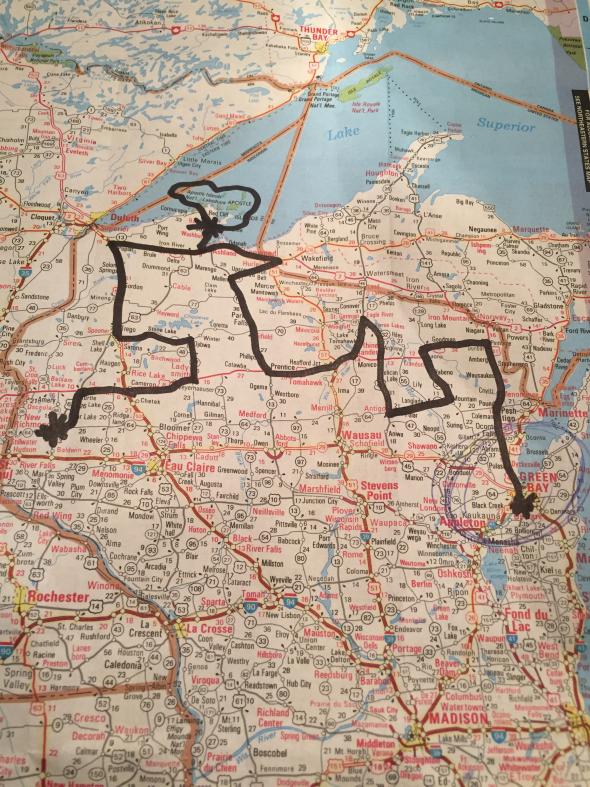