To recap: Our game was simple. Draw a heart and we drive north, a diamond south, a club west and a spade east. The dice tell us how many miles to go and doubles would give us the option to double the miles. So a queen of hearts plus a pair of fours meant north, either 44 or 88 miles. We’d give ourselves one misdeal a day if we didn’t like the direction. Otherwise it was shake, shuffle, roll and go find something interesting.

Wild Horses and a Free Bird 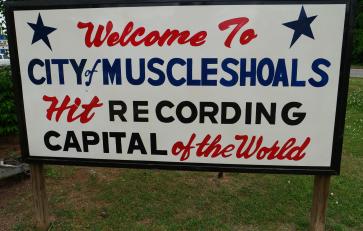 If a former coffin showroom in a dry county of rural Alabama seems an odd place to lure the Rolling Stones, Cher, Aretha, Paul Simon, Rod Stewart and a dozen other major recording artists well, it certainly was. The most famous rhythm section of the late 1960’s and 70’s, named The Swampers by Lynyrd Skynyrd in their megahit Sweet Home Alabama, formed on the boggy banks of the Tennessee River in a place the world came to know as Muscle Shoals. 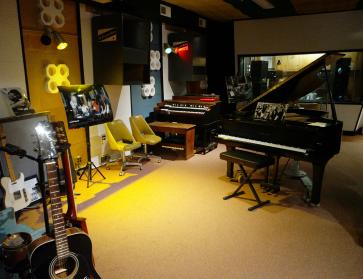 It’s impossible to take the tour and not feel the vibe of all that happened in an otherwise wonted building that almost faded into oblivion. An award-winning 2013 documentary and a million bucks from Dr. Dre saved the day. Inside the two-story brick building simply known as 3614 Jackson Highway stood the grand piano where Free Bird was composed. A few feet away sat the bathroom Keith Richards locked himself in to finish the final verses of Wild Horses. And behind that door, no, that one that doesn’t look like a door . . . was a speakeasy, because the creative energy here needed a little more spirit than a dry county could provide.

We crossed the Natchez Trace a few times, but could never get the right roll of the dice to actual get on it until a short section in southern Tennessee. This 444-mile parkway roughly traces a forest trail that bison, Native Americans, settlers, traders and soldiers once took between the Mississippi River settlement of Natchez and Nashville. 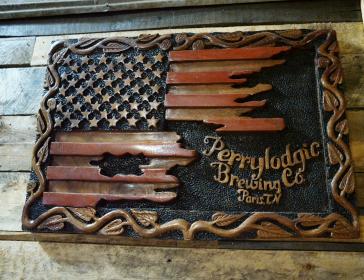 A friend of ours was celebrating her 50th birthday in Paris, France, the same day chance brought us to Paris, Tennessee. So while she got the Eiffel Tower and the Arc de Triomphe we got to visit the home of the world’s largest fish fry. Had we been three days earlier just 12 American dollars would have gotten us “all you eat catfish, plus the trimmings.” We did get a little consolation prize when I asked the bartender at Perrylodgic Brewing Company for a sample of the IPA and he responded, “we’re like Baskin Robbins here, you can have all the samples you want, for free.”

Bridge Closure and What, a Tornado?

Severe weather and road construction could be a factor on any May day when venturing down South, but we fared just fine for the first 399 miles of this trip. Then we got word of a possible bridge closure on our route. It really wasn’t a big deal as a Kentucky State Park Resort was nearby if we couldn’t get across. Sure enough, the bridge was closed. The front desk folks at the Kenlake State Resort delivered good and bad news. There were plenty of rooms available . . . but there was indeed a tornado warning. We were tired, fell right asleep but did wake up in the morning, so I guess it missed us. 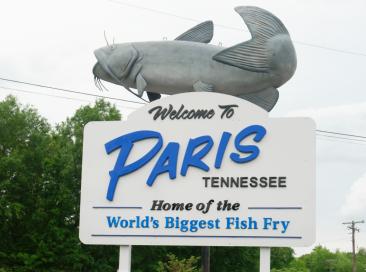 The Shakes and Rolls:

*Note: No due east route, selected Northeast . . . then an unexpected bridge closure so we just stayed by bridge in Aurora, Kentucky