Skip to main content
Tourism Australia: From One Spokesperson to Millions

Tourism Australia: From One Spokesperson to Millions

Part 1 of a 3 Part Video Series

With a laconic “Come and say Gi'day” Paul Hogan became the face of Australia – offering viewers to “slip an extra shrimp on the ‘barbee’ for you.” The 1980s TV ads were arguably the most successful tourism campaign of the 20th Century – propelling Australia from 12th in the consideration set of American travelers to number 1. They turned Paul Hogan, a.k.a “Crocodile Dundee” into an international media and film star. The ads were the flagship example of a big, bold tourism campaign grapping public attention and creating desire. One to millions, using expensive mainstream media and lots of money. To play in this marketing landscape you needed big ideas, big budgets and often a single spokesperson or star to make the pitch. 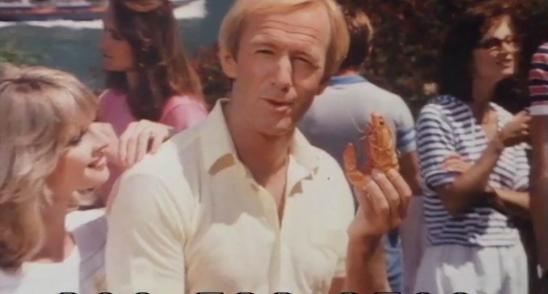 But with the arrival of the Internet as a public, commercial and global communication network in the mid-1990s, the opportunities and challenges changed. Destination and tourism businesses – even in remote, far-flung locations like Australia – could market online just as effectively and cheaply as an organization based in central New York City, London or Tokyo. Perhaps more importantly, organizations could empower the voices of locals and visitors to tell the story of their destination or business – rather than the single media star. From one spokesperson to millions.

Tourism Australia is perhaps the largest and most spectacular example of this seismic shift in tourism marketing. In this three-part video series, Jesse Desjardins, Tourism Australia’s Global Manager of Content and Social and one of the real thought leaders and innovators in destination marketing, walks us through Australia’s journey “from one spokesperson to millions.” In a recent Skift analysis of top-performing social media images shared and marketed by Destination Marketing Organizations on Instagram, Tourism Australia had 97 out of the top 100 images.

In Part 1, Jesse takes us back to the big Paul Hogan-led campaigns of the 80s and then outlines the journey to a social media-led marketing approach. Today, rather than relying on the big campaign and single star, they leverage millions of locals, visitors and “experts” (including influencers) to tell the story of Australia. In fact, 50% of all the visual content used in Tourism Australia’s marketing across both online and traditional media channels comes from user-generated content channels including their biggest and most important campaigns such as their New Year’s Eve annual spectacular marketing around Sydney Harbor Bridge.

In Parts 2 and 3, Jesse will outline the four critical best practices of social media-led campaigns and provide a case study of leveraging influencers in their social media campaign with GoPro.  Check out Part 2 of the series here.

Read about and watch Part 2 of the series, published on March 15.

Read Jesse’s in-depth blog, “From One Spokesperson to Millions” (a summary of his Masters Thesis)

Skift Article: The most Popular Photos on Instagram all come from Australia