I like arriving at a destination in the middle of the night and falling asleep to visions of my surroundings. This was especially true on a recent trip to Guam, with time and distance magnifying the effect. Daylight didn’t disappoint.

Outside my window the powder-blue 82-degree water lapped atop a coral reef, and soon enough it felt as good as it looked. Darting fish and abundant coral looked great through my diving mask while deeper, shipwreck scuba dives beckoned. 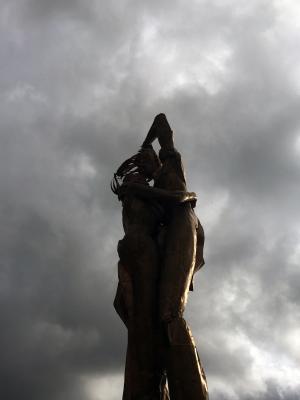 Guam is one-tenth the size of Delaware, so nothing is more than an hour’s drive from the action hub of Tumon Bay. It’s much closer to Japan than any place in the US, and truly an island as strategic as it is beautiful. Just a mile from the sandy shores of Tumon’s famous bay and beaches, Two Lovers Point offered a pilot’s perspective of the amazing coral reefs 450 feet below. The promontory took its name from a Chamorro legend, a tale told by the island’s indigenous people about love, poor parenting decisions and a big jump.

I actually liked a 21st-century story I heard at the point as much as the legend. In 2002, a typhoon battered Guam, and among those affected by the storm’s fury was a 50-foot statue of the two lovers. Twisted into oblivion, the brass statue was sent to salvage during post-storm cleanup operations. Eleven years later, a recently married couple read about the fate of the Two Lovers statue and decided to search for the salvage operator . . . just in case. Sure enough, the man who should have melted the metal a decade earlier didn’t have the heart to do it and kept the ravaged statue in a lost corner of his junk yard. With the word out, contributions soon followed and the statue was brought back to life, resurrected at Two Lovers Point on the young couple’s second anniversary. 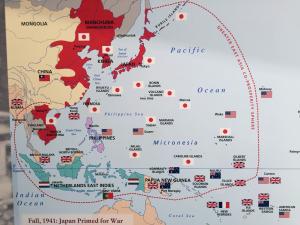 I felt Memorial Day mandated a visit to the Museum of the Pacific, a treasure chest of kiosks, videos and images about the horrific WWII years. A wall that doubled as a map of the Pacific showed how Guam’s strategic position had always served as a blessing and a curse. I soon understood why the Spanish planted themselves here for three centuries; why the Americans took it as spoils after war with Spain and why the Japanese took Guam just 48 hours after their bombing of Pearl Harbor. And, ultimately, why the USA needed to take Guam back in order to defeat Japan and win the war.

I learned more about the Chamorro people who arrived from Southeast Asia several millennia ago and, despite centuries of heartbreak, occupation and colonization, endured it all and today make up more than one-third of Guam’s population. Chamorro art, song, dance and food was showcased during my visit as fortuitous timing had me there during FestPac, a quadrennial gathering of artists and cultural practitioners from 27 Pacific Island nations and territories.

Here gathered well-known islanders from French Polynesia, New Zealand, the Cook Islands and more, but also — in fanciful and colorful force — were artists from several obscure island places I had never heard of before: Wallis and Futuna, Tokelau and Niue. 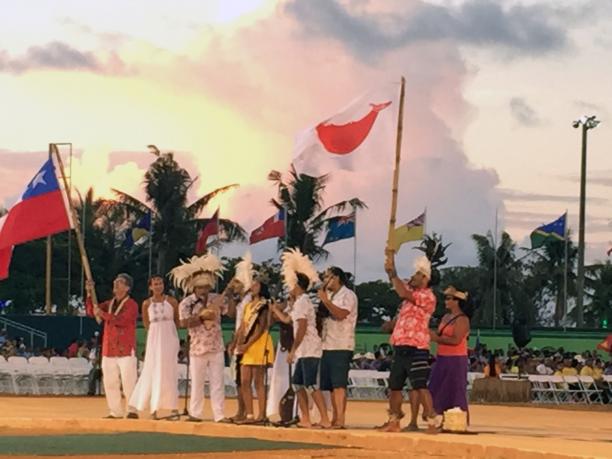 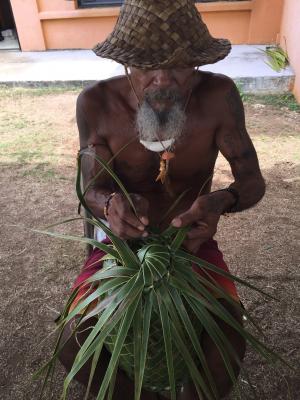 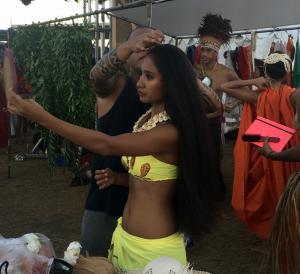 Discovering new cultures and exploring unique places is what makes travel memorable, but ultimately it’s the people who make trips magnificent. I had the luck of running into a friend from Hawaii — former Brand USA Board Member Roy Yamaguchi — who was on Guam for a celebrity chef event. I also had two friends from the Guam Visitors Bureau who let me tag along to a Samoan pig roast, local pubs and closing ceremonies at FestPac. But it was countless incidental moments with people who I didn’t know, locals that were full of island spirit, who truly elevated my experience. 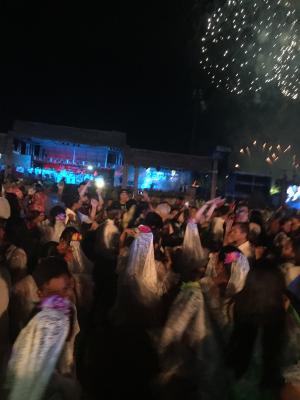