Skip to main content
Trust in Place: Lessons from Copenhagen

Trust in Place: Lessons from Copenhagen

This is the second post in a three-part blog series recapping the presentations from Global All-Stars Mainstage in 2019*. Check out Part 1 on Mark Ellwood's presentation.

Signe Jungersted was, until earlier this year, the Director of Destination Development at Wonderful Copenhagen, and is a central figure in the development of its widely praised destination strategy of 2017. The strategy famously proclaimed, “The End of Tourism as We Know It,” and became an important marker in the shifting role and responsibilities of Destination Marketing Organizations (DMOs).

The visual below provides a summary of the strategy’s key points, or you can review it here. 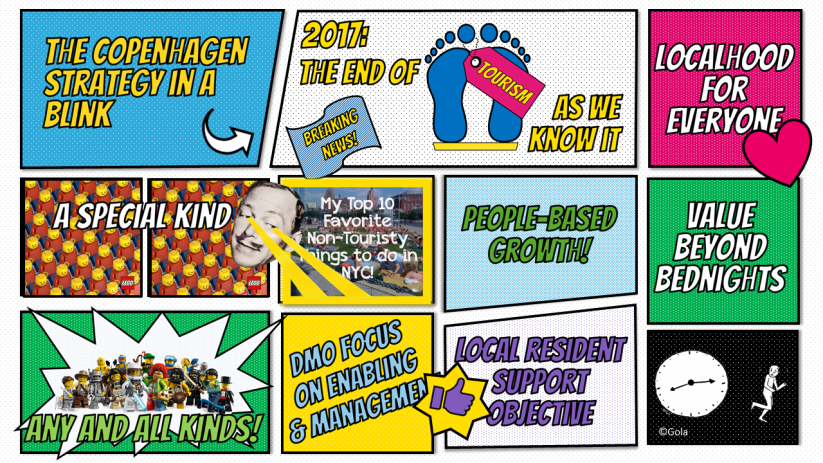 At Global All-Stars 2019, Signe reviewed the key lessons of the strategy two years on and identified four critical areas of focus for DMOs to succeed in destination management.

The 2017 Copenhagen strategy coined the term “Local Hood” to describe the types of visitors that Copenhagen was seeking to attract – those that stay longer, disperse around the city and integrate with the community, traveling as “temporary locals”.  Such new words and descriptors of tourism signals a shifted approach as to how DMOs understand tourism:

“Words are powerful and that’s very important in an era, where our conversation on tourism, the role of tourism and the DMOs needs to fundamentally change.”

In a world of increasing headlines about “overtourism,” and declining trust by locals, the next step is critical.  DMOs need to recast themselves as “Destination Heroes”. This will take some time and considerable effort; to move from a perceived focus simply on tourism growth, to more carefully considering the quality and impact of visitors - and managing and mitigating these issues.  As Signe noted,

"We were no longer the heroes of the destination; we were in fact becoming the villains…”

3. Not a Simple Numbers Game. 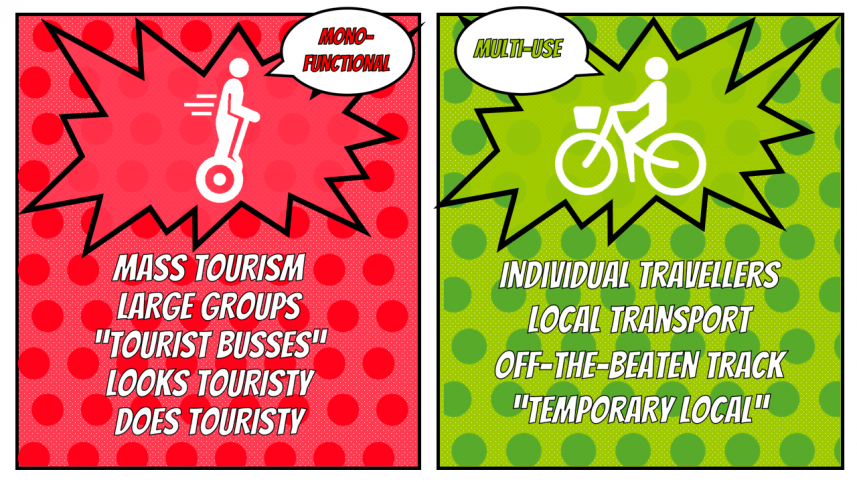 Success in building and maintaining trust is not simply the role of the DMO. In fact, many other city, county, state and national agencies are also critical to ensuring tourism “works for everyone”.  Hence a DMO must ensure it is part of the work of other agencies from transport and housing to state and/or National Parks. In many destinations, DMOs need to recast their perceived role and responsibilities: “We need to make tourism not the fun cousin, but something to be taken seriously and invited around the table in serious discussions.”

"It takes a village and neither tourism, nor the DMO, is the village mayor/chief…”

Finally, a parting thought from Signe that can be helpful in guiding any DMO in considering its future role and responsibilities around managing tourism in a destination: 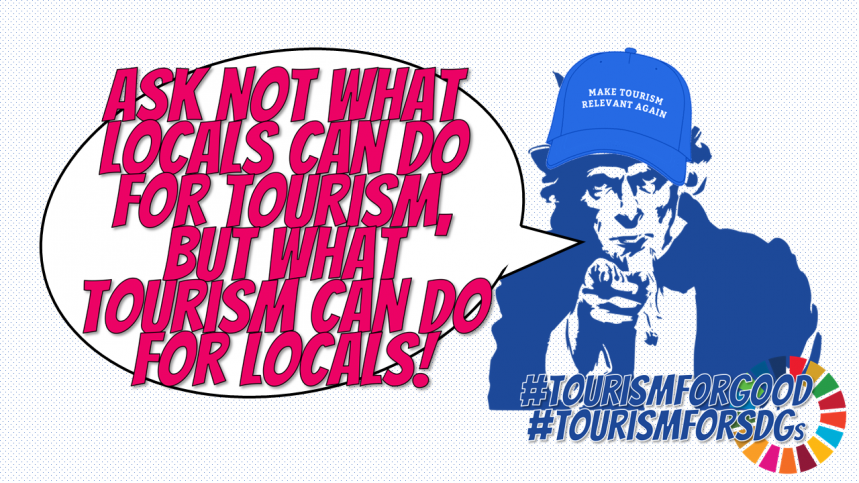 This is the bottom line for every DMO. We receive funding and support from governments and other entities based on the goodwill of the locals. Lose this goodwill and then the mandate and funding will soon follow.

*Since 2011, Miles has hosted the Global All-Stars mainstage session at the Destinations International Annual Convention, one of the largest gatherings of DMOs in the world. Over the last 8 years, Global All-Stars has showcased innovation and served as a leading platform for sharing exciting new ideas, insights and inspiration from around the world.

At the 2019 Annual Convention in St. Louis, Missouri, three speakers presented at Global All-Stars with a unifying theme of trust exploring the segments of: “Trust in the Future” (Mark Ellwood, Conde Nast Traveler), “Trust in Place” (Signe Jungersted, Copenhagen) and “Trust in the Brand” (Allon Cohne, Vibram).