This is the second blog in the series, "Moving Picture Magic - 2020 Edition," showcasing top performing online videos from DMOs around the world.

In late 2019 and early 2020, Miles Partnership reviewed the online video libraries (primarily on YouTube) of over 180 destination marketing organizations (DMOs) around the world. We have identified a top ten list as well as a wider gallery for more ideas and inspiration.

In the first blog of this series, we provided additional detail on this analysis and identified the first five of the top 10. Here are the remaining five videos, with commentary on their powerful storytelling and what we feel makes them unique.

While this analysis was completed just before the impact of the coronavirus, we also reviewed inspiring and timely COVID-19 related videos, summarized in our COVID-19 Edition of Moving Picture Magic.

Videos are an important part of travel and tourism content and are critical to turning inspiration into action. A recent study from Longwoods International's COVID-19 Travel Sentiment Study showed that online travel videos are used by approximately one-third of U.S. leisure travelers in their trip planning (or trip dreaming during the crisis) - a figure that has been on the rise over the last decade, before the start of coronavirus.

The final five in our top 10 list are featured below.

6. New York Gets a Taste of Alabama

Normally unaffected by sights that would stick out anywhere else, New Yorkers could not ignore a giant one-of-a-kind vending machine dispensing slices of a delicacy thought to be synonymous with only the Big Apple. By pressing the button of the vending machine, which was placed in the middle of a circle that gave the appearance of a plated entree and flanked by fork and knife images, Chelsea Triangle regulars, including a member of the NYPD, and tourists were introduced to a “Taste of Alabama.”

Some were startled by the hand holding a small box of cheesecake made from “award-winning Belle Chevre goat cheese” that emerged from a slot below the button. Perhaps more startling though, was the fact that reviewers preferred Alabama’s spin on cheesecake to their own beloved original. Look no further for proof than the near speechless New Yorker featured at the 40-second mark.

This video created toward the end of its second decade demonstrates why Tourism New Zealand’s “100% Pure New Zealand” marketing campaign has been lauded by the United Nations World Tourism Organization. The campaign has evolved and adapted with time and technology, but its focus has always been on capturing and showcasing the “unique combination of landscapes, people and activities that cannot be found anywhere else in the world.”

Previously, Tourism New Zealand used “100% Pure Relaxation,” “100 Pure Adrenalin,” “100% Pure You” and “100% Middle-earth” in conjunction with “100% Pure New Zealand.” The video continues to prominently display the distinguishing characteristics of landscapes, people and activities as the world’s morning begins in New Zealand while delivering an effective voiceover message for New Zealanders and international travelers. “Every morning is a new opportunity. … We’ve got time for the little things, to show people around the place, not just as guests, but as whānau – our family.”

8. More Than Coffee: The Caffeinators of Salt Lake City

When it comes to finding a great cup of coffee, locals and those visiting Salt Lake City have plenty of options as seen in this Utah Office of Tourism video which highlights some top “caffeinators” and their shops, the early morning beauty of the capital city and the overarching theme of acceptance prevalent in its coffee culture.

While the coffee shops featured may all differ in the approaches and processes they take every morning, they are all buzzing hubs of vibrant activity bringing all kinds together. Atmospheres are representative of their management, employees and Salt Lake City itself. “There is a strong cultural value inside the coffee industry of openness,” Joe Evans of La Barba Coffee says in the video. “I think Salt Lake really exemplifies that, and the people of Salt Lake really do like to be warm, welcoming and open to a lot of different people.” 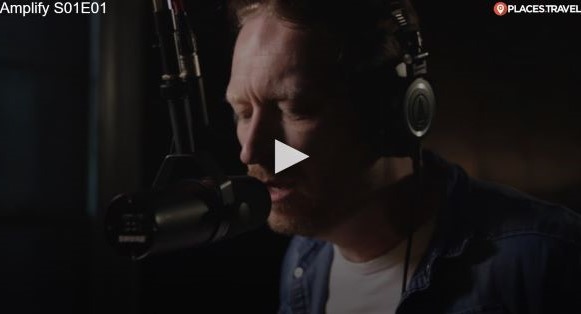 Multi-platinum songwriter Kenny Lamb walks two of the three artists, Sierra Carson and Caleb Enyart, featured in Odyssey Storywork’s streaming series, “Amplify,” onto the stage at the Arkansas Music Pavilion and conducts an exercise at the beginning of the first episode. As they glance out toward nearly 10,000 empty seats, the two Rogers, Arkansas locals find themselves in the same spot as countless national and world renowned acts that have visited the Ozarks and demonstrate the potential that Lamb sees in them during their respective turns performing.

Viewers are then taken to a Rogers-based studio, where country musician and Marion, Arkansas native Barrett Baber, who found fame on NBC’s “The Voice,” is working with Lamb and a host of musicians on a recording. Despite Rogers being over nine hours away from the country music capital of Nashville, Tennessee, Lamb is able to explain how the people in Rogers, a large venue such as AMP and smaller venues allow aspiring musicians such as Sierra and Caleb to learn and ply their trade there. Throughout the four-episode series, these individual musical journeys are followed with Rogers serving as more than a backdrop.

Viewers will learn more about the three musicians, their influences and inspirations, and the challenges that come with developing a style and building a brand before we prepare to hit the road and stage with Barrett, Sierra and Caleb in the final episode.

“The goal of Amplify is to tell the compelling story of the music scene in Rogers through the eyes of these artists, and deliver this branded, episodic content where and when viewers can watch it,” said Visit Rogers Executive Director J. R. Shaw.  “We are creating awareness of Rogers as a music destination for new markets through this online platform.”

This 59-second mesmerizing montage of natural occurrences and experiences demonstrates just how special autumn in British Columbia can be. However, day-to-day living can often make folks, even those that reside in this Pacific Northwest paradise and Canadian province, forget that the search for inspiration often starts by jumping in the car. Inspiration that comes in the form of the golden needles of Larch trees against an Alpine backdrop, bears feasting in the streams as they prepare for winter hibernation and spectacular foliage.

With the province encompassing close to 365,000 square miles, Destination BC’s most difficult task may have been identifying the stunning visuals to be used in this clip. Although inspiring to those watching throughout the world, the video should resonate with British Columbia residents and remind them of all that is out there to enjoy during a majestic time of the year. As one YouTube comment read, “I love this province. This video just reminds me of how fortunate I am to live here."

Through the perspective of the professional cyclists competing in the Amgen Tour of California, viewers are introduced to the all-encompassing Golden State road trip and the “most loyal bike-riding fans” in this video from Visit the USA’s United Stories series. Consisting of seven stages and covering approximately 700 miles that include Redwood forests, the Palm Springs desert and everything else that makes California a geographic marvel, the Amgen Tour of California was contested annually from 2006-2019.

Retired professional cyclists Freddy Rodriguez, a native of Berkeley, and Jens Voigt describe the California that they experienced competing in the event as breathtaking, and locations such as Morro Bay are displayed along with footage of professional cyclists and Californians taking to the road and enjoying the outdoors. “When you get outside the state of California, you really don’t have that many states that have the same kind of exposure to people that are avid riders,” Rodriguez says in the video.

Chad is an Advertising Account Manager on the Brand USA team, working primarily with partners in the Southeast, Mid-Atlantic and Northeast. A graduate of the University of South Florida Sarasota-Manatee and a former print and broadcast journalist, Chad volunteers his time to announce his high school alma mater’s football and baseball games for internet radio.