To recap: Our game was simple. Draw a heart and we drive north, a diamond south, a club west and a spade east. The dice tell us how many miles to go and doubles would give us the option to double the miles. So a queen of hearts plus a pair of fours meant north, either 44 or 88 miles. We’d give ourselves one misdeal a day if we didn’t like the direction. Otherwise it was shake, shuffle, roll and go find something interesting.

Our Trail Merges with the Bourbon Trail 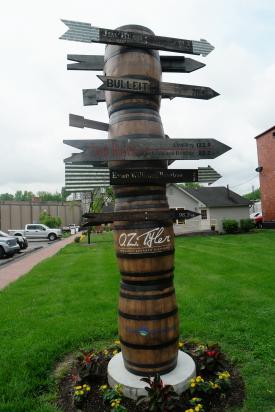 Jolica kept saying, “Let’s go this way… let’s go that way.” It wasn’t easy to see Tupelo, or Nashville or Louisville so close, and then roll the other direction. We would just have to visit all of them another time. This trip was about going where we might not ever go, taking roads only because that’s the way the cards were picked and the dice were rolled. Fortunately, our trail did merge with Kentucky’s famed Bourbon Trail.

More than 100 miles west of the other 11 distilleries on the Bourbon Trail, the O.Z. Tyler Distillery in the Ohio River township of Owensboro, KY was on our path. We arrived at 2:30pm for the final tour of the day only to learn it started at 2:00pm. Not to worry, the accommodating gift shop manager exclaimed, we’ll get someone to show you around. Soon enough, we toured, we learned, we sampled! Our Trail passports were stamped and a future trip to Lexington was planned to visit the other 11 distilleries. 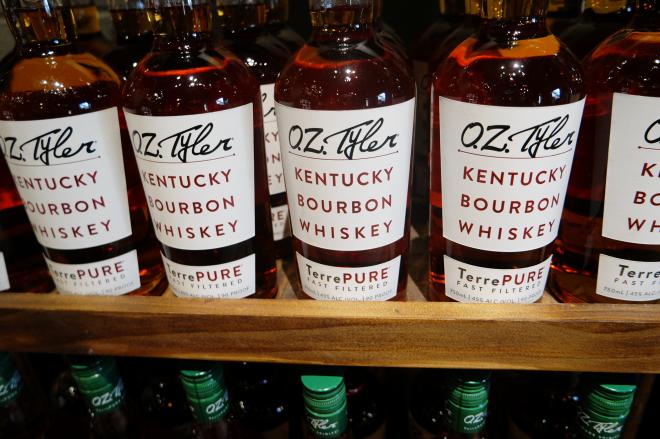 Shake, Shuffle and Stack the Deck, Load the Dice

This was fun. This was frustrating. We saw some cool places we would never have seen. We passed by some great places we would like to have seen. Today’s lives are pretty scheduled, pretty planned. The random route, the spontaneity, the uncertainty was refreshing. But damn, coming so close and going directly opposite some cool places was excruciating. I think next time we do a hybrid version . . . Shake, Shuffle and Roll, but maybe every other roll we pick the way we want to go. I don’t know. I just know I want to keep going.

The Shakes and Rolls:

Aurora: drove north until we could complete the last 10 miles from the previous roll which brought us to Kuttawa, KY.