“Touchdown - Camerun Peoples!” That’s a common phrase Appalachian State fans have heard over the years thanks to the electrifying play of one of the best running backs in college football, Camerun Peoples.

But what does a college football athlete have to do with destination marketing? Not much if you had asked a year ago. But thanks to new name, image, likeness (NIL) laws set by the NCAA, Miles was able to help Explore Boone become one of the first destination marketing organizations to partner with a NCAA athlete.

It all started when the NCAA updated their NIL laws in June of... 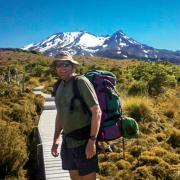 The Delta variant of COVID-19 is surging across the US and is driving a renewed focus on vaccination rates across the country — and amongst US travelers. The COVID-19 US Travel Sentiment research from Longwoods International and Miles Partnership has been asking questions on COVID-19 vaccinations since early 2021, and we summarize these insights and takeaways below and in the attached research summary... 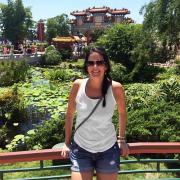 Roger Miles to Be Inducted into U.S. Travel Hall of Leaders

This press release was initially released by U.S. Travel Association on September 3, 2021.

Roger W. Miles, chairman of the board of Miles Partnership, will be honored as the 2021 inductee into the U.S. Travel Association Hall of Leaders, the organization announced Friday.

Distinguished individuals are named to U.S. Travel’s Hall of Leaders for “sustained, noteworthy contributions that have positively impacted the travel industry and raised industry-wide standards.”

With this induction, 103 travel industry luminaries have been named to the U.S. Travel Hall of Leaders since it was established in 1969.

“Roger is a trailblazer whose ingenuity, creativity and business acumen shaped the modern-day field of destination marketing, inspiring... 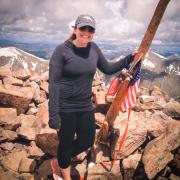 The Answer is Automation

Pursuing strategic initiatives aimed at improving productivity and efficiency is always a smart idea in business. Now as the global economy is experiencing volatility, these tactics become not only preferable for success but also vital for business survival.

For digital media, advertising and numerous other industries, automation is the key solution needed to improve efficacy and efficiency, allowing businesses to outperform the competition.

As we navigate this pandemic and the economic consequences of it, many businesses are focusing on cost-cutting and maintenance, instead of investing in new initiatives that could be expensive, difficult... 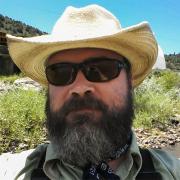 Tourism in New Zealand and around the world is undergoing a major reset due to COVID-19 and is committed to “building back better.” Today Miles Partnership in New Zealand announces a strategic hire to help support this historic paradigm shift. As of Wednesday (28 July), the former Chief Executive of Bay of Plenty Tourism, Kristin Dunne, joins Miles Partnership in New Zealand in the role of Director of Destination Strategy, bringing a wealth of internationally recognised expertise in destination management.

“Sustainability and destination management will underpin the role of New Zealand’s regional tourism offices and economic development agencies in the future,” says Chris Adams, Global Head of Research and Insights at Miles Partnership. “This is why we are so excited to have Kristin bringing her extensive knowledge in these areas to our team. It’s great to see...